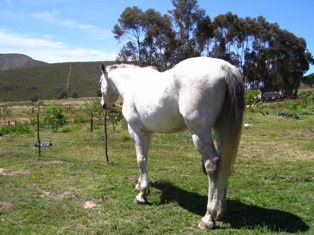 Its funny... a person moves to a farm and the closest place is a dorp called Joubertina, next to Joubertina is another little dorp called Twee Riviere, or as some of the Afrikaans folk say, it should now be called Two Rivers because of all the english speaking people that have moved there in the last two years. My daughters thought they would not make any friends out here but they have actually made quite a few! My middle daughter, Alexa, has got herself involved twice a week learning about the movie busines, learning how to be a director, how to use a camera, story boarding, production manager, wardrobe, acting in front of the camera, editing, etc. 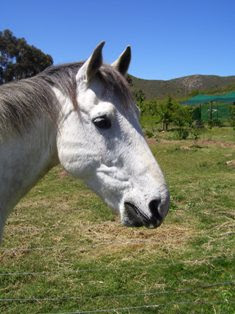 The reason for this wonderful opportunity, is that a couple who have recently moved here, Lex and Michelle Faure, have decided to make a movie about self-sufficiency based on one of the local families. This family has 7 kids and are seriously self-sufficient! They have a lot of tricks up their sleeves that we could learn from, as they have been at it for the last 12 years. The Faure's have asked all the children of family and friends who are 15 years old and up, to participate in the making of the movie from start to finish. 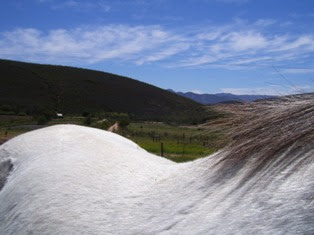 Hence the pictures of Gwho Gwho..... he is my daughters horse and he is starring in the movie! Here he is, nice and clean after being washed and groomed for the shoot.

Posted by African Bliss at 2:15 AM

gwho- gwho my but he is beautiful. How many hands is he? I love the name Pegasus for white horses.will we ever get to see the movie?

That he is, his real name is actually Zephyr and he is 15.2 hands.Yep the dvd will be available over the internet.I will let you know when it is available.Probally late next year.

Please give the Faure's my regards and a hug if you can!