dodging snakes and drying herbs( all in a days work ) 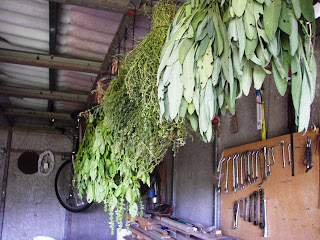 The day started like any other day, for this time of the year.... with me wondering around the garden looking at what needs to be picked, stacked up or watered. It was about 10am and the temp had already reached a comfortable 26 deg C with no sign of letting up. I decided to go and water our olive trees on the north facing slope behind our house. This gives me more or less a clear view onto our veggie garden below, where I could see "Molly Katz", our German Shepherd, snifflling around in the shade house. I presumed she was after a lizard but a few seconds later I heard her bark and thought that she must have a cat cornered in the long grass, so I reprimanded her and told her to go and lie down. We have nine cats that she is obsessed with and she keeps a beedy eye on them all day long and as a result, they are confined to the stoep area where they have an dresser that is their resting place during the day. Only at night when Molly is away in "lala land" inside the house, can they go and do their thing.
Anyway, it was only when she slunk away that I realised that she never barks at the cats and usually just whines excitedly, giving herself away and that earns her the reprimand from me to leave them alone. By the way, she has never hurt one! 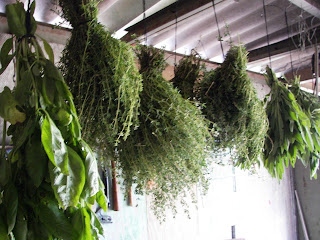 When I called and asked her, "What is it Molly", she responded by going back to the area and engaging in  a little dance, lunging forward a couple of steps, then retreating backwards... then lunging again with the odd bark. She ran about 10m towards the veggie patch when it suddenly dawned on me that this could be a snake!!!  So jumping the fence between us, I ran and warned her to stay back  and when I got to within 5m of the veggie patch, I saw this beautiful, majestic Cape Cobra. I shouted to Rae, who was in the house, to bring me the camera and my homemade snake catcher. In the meantime, I searched frantically for something to trap the cobra with and spotting a rake, I used this. All went smoothly with the cobra safely caught and like with all other snakes that we catch, I hopped onto the back of the bakkie, snake in hand (not literally), with Rae at the wheel begging me to be carefull, as she always does! We drove about 5km away and released it. At this point, we always marvel at their beauty and feel happy that we did not have to kill it. This is about the 10th snake that we have caught and released since living here. Some of them have been dangerously close, e.g. striking at Rae as she unsuspectedly walked past, another coiled under the dust pan in the kitchen and one that reared up at our daughter who was collecting her horse tack in the garage. 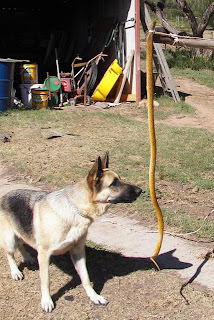 \
The rest of the day went by peacefully, collecting herbs out the garden and tying them in bunches and hanging them in the garage for drying. Herbs like basil, taragon, sage, rosemary and thyme, all get hung up to dry for the winter months when growth is slow and fresh picking is not really bountiful anymore. Once they are dry, I blend certain ones together to make herb mixes for pastas or chicken dishes. Believe me, they are a whole lot better than any shop bought herbs, with loads more flavour.
Posted by African Bliss at 12:58 PM

Holy crap it's big! Hope that dog got a reward for Barking to allert you to the danger. What a clever boy he is.

Ooopsie - thank goodness for Molly. Have to say I'm not keen on snakes either.

To prevent their entering the house (hopefully) we have a stable kitchen door, and ensure that the lower half is always closed :-)

Reckon Molly deserves a treat for her watchfulness.

Hi parents,
Thought I would see if the blog was still going - I must just say that I love it! I read all the stories (some of them out loud to anyone who cared to listen). While I am loving the city life, when I read these stories I almost want to give it up and come plaas it out! But unfortunately my young wild self is still very attached to the excitement of the city.. Michael and I have both decided that in our more mature age we will definately have a little cottage out in the wild, where we can grow our veggies and drink coffee out on the verandah and just enjoy the silence.. Michael is a complete farm boy at heart (Dad, note for future visits - he can fix fences and many other useful things of the sort!!).
I miss all you other crazy Conterios terribly. I am so happy you guys are happy, doing what you want to do, being predominantly unhindered by the pressures of the "outside world". When I see how much you have achieved I think of you, firstly, as brave (to give up the norm) and secondly - and most importantly - truely inspirational.
Love you always and forever..
Jess

We also catch and release snakes. Kills me to see how the farmers around here just keep killing them.

Hi there,so glad to have stumbled upon a fellow South African's blog! Happy to know that I am not the only one bumping into cobras all the time lately!

Very cool snake! And the herbs look great too.